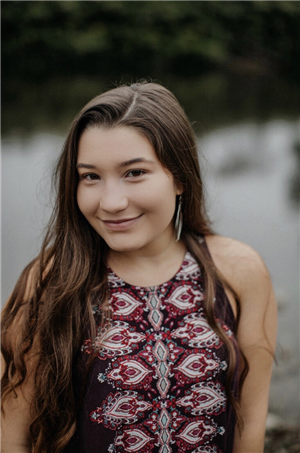 Stockbridge Valley Central School recently announced Aliyah Frederick as the Class of 2019 Valedictorian. Aliyah is the daughter of Terry and Charmy Frederick of Oneida, NY.

Throughout high school, Aliyah has been recognized with several awards including the University of Rochester Frederick Douglass and Susan B. Anthony Award and the 2018 Clarkson School Scholars Award. She has also excelled in the Syracuse University Project Advanced course and is a member of the National Honor Society.

Aliyah has been involved in several extracurricular activities including youth group, school sports and clubs. She has volunteered at the Congregational Church’s Soup and Pie Day, food kitchens in Oneida and as a church group youth leader.

When asked to describe a highlight or personal accomplishment, this is what Aliyah said, “I feel so proud to be named Valedictorian. I’ve worked so hard and it hasn’t been easy. It’s rewarding to see my hard work finally pay off and be recognized for it.”

Kevin Miller has been named the Salutatorian for the Stockbridge Valley Class of 2019.  Kevin’s parents are Ronald and Mandy Miller of Munnsville, NY. Kevin has been accepted to SUNY Delhi and SUNY Cobleskill. He will attend SUNY Delhi in the fall to major in Veterinarian Science.

“One personal accomplishment of my high school career would be that of getting recognized as a member of the National Honor Society. It really showed my family that the hard work and dedication I’ve put in over the years has finally paid off. It also proved that everything that I had done to achieve academic excellence was worth the time and effort.”